The regional activity was launched during a knowledge café at the IUCN World Conservation Congress in 2016. It gathered over twenty-five participants from the Pacific region and beyond and led to the conclusion that RESCCUE should focus on one specific type of incentive to control invasive alien species: commercial markets.

A first piece of work was dedicated to the Giant African Snail, which is widely spread over the Pacific and a high priority in many PICTs, with direct impacts on biodiversity, agriculture and livelihoods. RESCCUE investigated its biological and ecological patterns, the damages it causes in the Pacific, its possible commercial uses, and the way it is currently traded in various parts of the world. While a global market exists for this snail and may represent an opportunity, encouraging new local uses such as cattle feeding, aquaculture, compost and even human consumption comes up as a promising strategy to help mitigating its damages while providing economic opportunities to local communities in the region.

RESCCUE then extended the scope to the commercial market potential of invasive alien species in PICTs, with a focus on the four PICTs where RESCCUE operated (Fiji, French Polynesia, New Caledonia and Vanuatu) and on the 70 invasive alien species ranked as priorities by the New Caledonia Natural Areas Conservancy (CEN). Overall, the most promising commercial market opportunities identified are the sale of bush meat for Mammals and bioenergy and timber production for Plants. A database complements the study and includes a general description of the species, a brief overview of their negative impacts on the environment, a rapid assessment of existing harvest strategies, a review of their commercial potential and/or proven commercial use, as well as associated references. 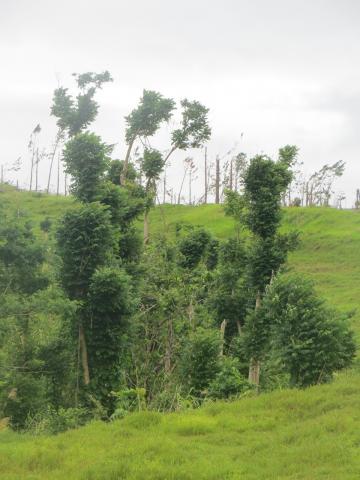