Support for a revision of the PGEM, an area planning code tool designed to plan how Moorea’s lagoon is used, began in 2014 with a workshop to jointly develop a roadmap to carry out the revision in collaboration with the main stakeholders. Information meetings were held with the communities in Moorea’s associate municipalities and thematic reviews of the PGEM were carried out and then presented in public.

Building on a significant endeavour to get stakeholders organised (particularly fishers who have now formed local committees), the revision process led to identifying the eight overall management objectives shown here. For each one, specific objectives and proposed actions were identified and discussed with the actors involved, who then proposed them to consultative bodies such as the local maritime area commission in September 2017 and then the Territorial Land Development Committee in November
2017. So, by the end of the project, the Government has a draft revised PGEM (legal provisions, maps and set of objectives), which will be submitted to formal public consultation by the Ministry of Housing and Country Planning from 25 February to 27 April 2019. 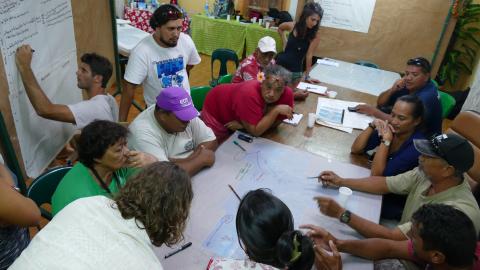 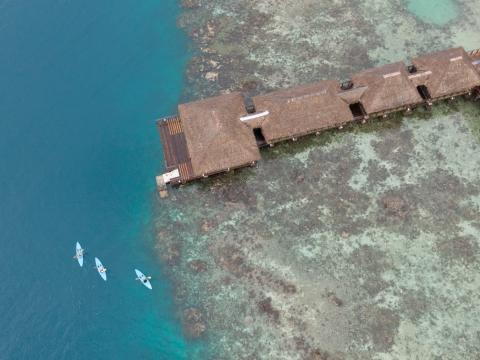 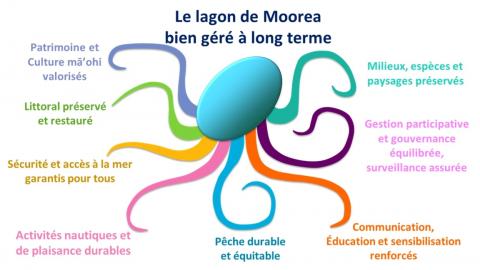