At the ‘Opunohu pilot site on Moorea, in collaboration with INTEGRE, RESCCUE first carried out an in-depth assessment with residents in order to understand and give due weight to the site’s historical, social and cultural background. Using a participatory approach, the project helped identify actions and propose a new governance method for sustainable local development of the site. A number of priority activities were also carried out and then evaluated. Together the diagnosis, proposed priority actions and governance framework may or may not be considered as an ICM plan with no legal status, depending on criteria considered. It seems however that the word “plan” was poorly accepted so that the document is designated as a “process”. Some ambiguity hence remains that would be worth clarifying: while ICM usually refers to the hole process, an ICM plan is a planning tool that can be utilized in support to that process.

In the Gambier Islands, the work carried out with all the stakeholders via a participatory approach made it possible to jointly develop a document entitled  Nukutaireva (“Land, Sea, Sky” in Mangarevian). Seven sustainable development goals, 26 objectives and 32 actions for the area over the next 20 years were identified –15 of which were carried out during the project. Several governance arrangements were discussed with the various stakeholders involved and municipal authorities are now considering the establishment of a management committee. While Nukutaireva’s subtitle is “An ICM plan for the Gambier archipelago”, which translates a real local appetite for the ICM plan tool, there is no consensus here either as to key criteria that may or may not justify to call this document an ICM plan. 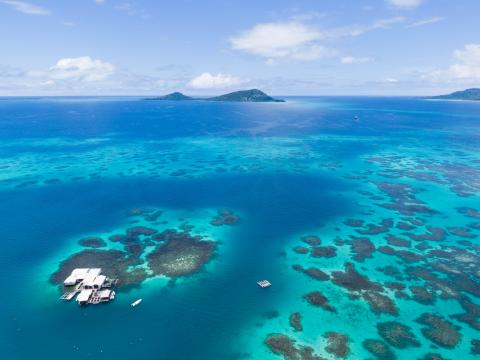