Forest fires, together with mining and invasive alien species, are among the main pressures on ecosystems in the Great South. In response, the project supported the Southern Province’s firefighting efforts by equipping fire spotters, installing two fire tanks in open brush-land for fire
engines to refill at and developing a firefighting plan for the Great South’s forests (PPFF).

The PPFF, which played a significant part in Ramsar-area integrated-management implementation, was developed in a participatory way based on a baseline study under the oversight of a technical committee made up of the various stakeholders, i.e. provincial departments, territorial government, the relevant municipal authorities and associations. The PPFF listed 25 operational activities divided into four areas, namely improving fire management governance and partnership work, enhancing knowledge of forest-fire hazards, strengthening preventive action and improving fire control. A cost-effectiveness analysis was carried out for the plan based ona benchmarking of experiences in France. The findings are in favour of the PPFF’s approval by the provincial executive. 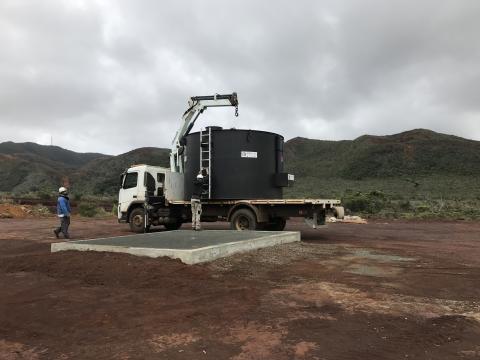